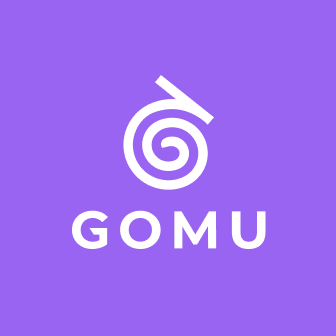 Gomu raised this seed round on the back of their strong infrastructure and product launches. To date, Gomu has launched two main products, NFT Hub and Collection.xyz, built on their robust NFT APIs, which are already widely available for developer adoption. Their first flagship product — NFT Hub — provides NFT communities with a white-labeled community hub and marketplace to call their own. NFT communities can create custom marketplaces and token-gated communities in minutes, all without having any prior experience with blockchain technology. Gomu is partnering with Mutant Cartel, an independent community of Mutant Ape Yacht Club (MAYC) NFT holders to launch the Mutant Hideout — the first community-owned hub for all MAYC holders. The Hideout will provide a place for MAYC NFT holders to congregate in a single place to discover content, share information, and transact with each other using NFTs. The Mutant Ape Yacht Club community numbers over 8,000 with an estimated collection market cap of $700M.

Beyond improving the community experience for NFT holders, Gomu just released Collection.xyz, the first NFT liquidity incentive protocol. The team built a simplified liquidity incentivization process for NFT DEXes, introducing LP tokens and corresponding permissionless reward vaults. Collection.xyz offers a seamless process for any individual with NFT and ETH tokens to create a liquidity pool on NFT DEX Sudoswap and receive a tokenized representation of their ownership. NFT projects will be able to specify and set the parameters that they are looking to incentivize by creating a vault. This attracts NFT holders to create liquidity pools and stake their liquidity pool tokens against the vaults to earn rewards and incentives. For the launch of Collection.xyz, reward vaults to fund the first round of liquidity incentives for featured NFT collections, including Pixelmon, Capsule House, Loot, Sandbox, Otherdeed, Azuki, Memeland and Pudgy Penguins.

"NFT’s large potential for real-world impact can only be realized if the surge of industry interest is paired with the right infrastructure to support that growth. We believe Gomu’s NFT Hub and Collection products are the rails required for a great end-to-end Web3 experience for communities and collectors in the space.“ said Chris Sirise, Partner of Saison Capital.

The Gomu team hails from some of the leading companies in the industry. Spencer Yang, the co-founder and CEO of Gomu, was previously leading Product at Coinbase focused on Derivatives, DEX and Coinbase Wallet. He served as the VP of Growth, Revenue and Operations at CoinMarketCap, including driving the acquisition with Binance. Jeremy Seow, co-founder and VP of Product, had led Product at Chainlink and was previously VP of Product at CoinMarketCap. Other team members were pivotal engineering and product leaders at other companies such as Millennium Management, Zendesk and CoinMarketCap. With their experience in the industry, the team aims to create a reward community around liquidity, especially in the burgeoning NFT and DeFi ecosystem.

“NFT holders and projects can easily incentivize liquidity for their favorite NFT collections, adding an essential building block in the NFTfi space,” said Spencer Yang, co-founder & CEO of Gomu, “The LP tokens of pools can also be collateralized for other protocol interactions. Reward vaults are just the beginning and we look forward to collaborating with the community to build more awesome blocks.”

With the global NFT market expected to grow from USD 3.0 billion in 2022 to USD 13.6 billion by 2027 at 35% Compound Annual Growth Rate (CAGR), the convergence of the digital and physical worlds will continue to take shape. As demand for digital arts and the adoption of cryptocurrencies continue to grow across the world, non-fungible items will make up a larger asset class than fungible items in society. The financialization and proliferation of NFTs will continue to grow and Gomu is well poised to contribute to its underlying architecture.